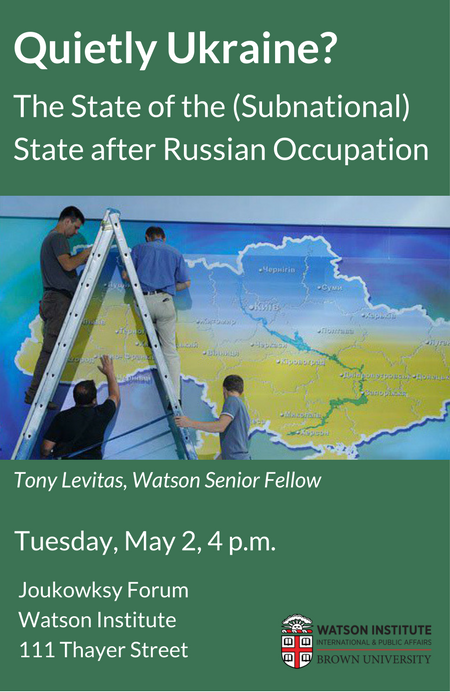 Since Russia’s occupation of Crimea and the Donbass in 2014, the Ukrainian government has been reorganizing the country’s public sector. Under the banner of “decentralization”, power and money are being shifted across Ukraine’s subnational governments, governments that already control 40% of public spending. Regions (oblasts) and districts (rayons) are shrinking in importance, while power and money are being pushed towards big cities and the newly-consolidating gromada (communities).  Meanwhile, other reforms will recentralize health care finance, as Ukraine tries to move towards an insurance-based, single-payer system.

In this talk, Tony Levitas, Watson Senior Fellow, will trace the origins of these reforms and discuss how they are strengthening and streamlining the Ukrainian state at both the national and subnational levels. He will outline their importance for the struggle against corruption and their implications for the Minsk Agreements. Finally, he will argue that as promising as these reforms are, they probably need to be rebranded because the discourse of “decentralization” confuses more than it explains, can’t reasonably describe the steps needed to consolidate the reforms, and is threatening to become politically self-blocking.