Across the Aisle: Before the Midterms 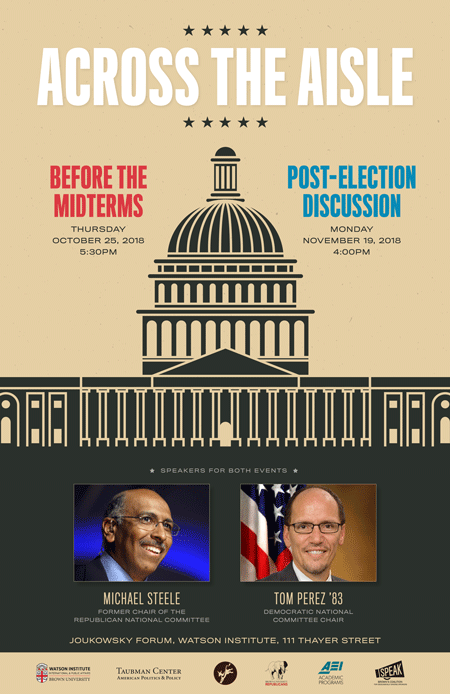 Co-sponsored by the Taubman Center for American Politics and Policy, AEI at Brown, Brown College Democrats, Brown Republicans, and the SPEAK coalition.