Alexander Stille ─ The Last Survivor: Fascism and the Holocaust without Witnesses 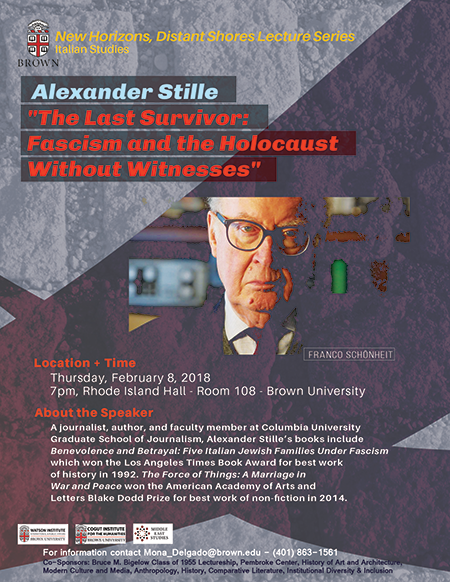 He is the author of "Benevolence and Betrayal: Five Italian Jewish Families Under Fascism" (1991); "Excellent Cadavers: The Mafia and the Death of the First Italian Republic" (1995); "The Future of the Past" (2002); and "The Sack of Rome: How a Beautiful European Country with a Fabled History and a Storied Culture Was Taken Over by a Man Named Silvio Berlusconi" (2006).