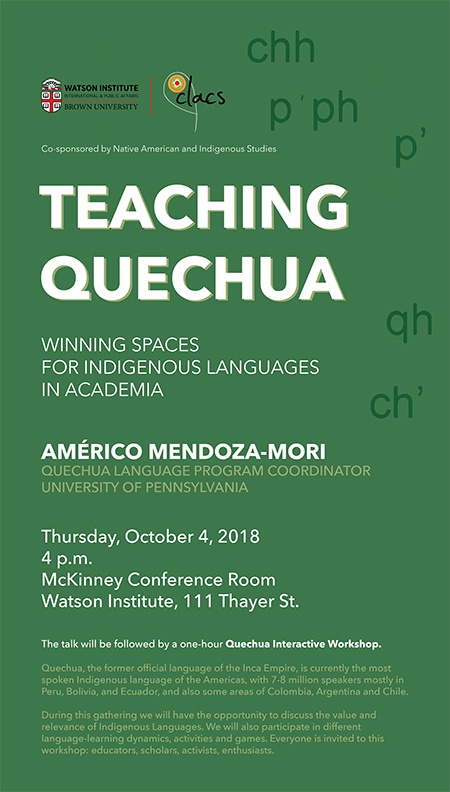 A talk on Quechua and other indigenous languages in academia, followed by a Quechua language workshop.

Américo Mendoza–Mori teaches Quechua and Spanish at the University of Pennsylvania, where he designed the Quechua Language Program. He received his B.A. from Universidad Nacional Mayor de San Marcos, in Lima (Peru), and did doctoral studies at the University of Miami, Florida. His research on Andean Culture, Quechua language, and cultural policies has been featured at major institutions such as the United Nations and the national media. Prof. Mendoza-Mori has collaborated actively with academic and community-based organizations in Peru, Bolivia and the United States.