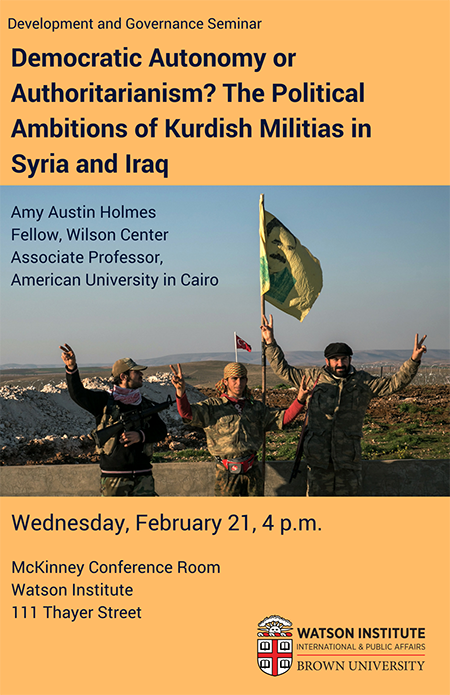 Amy Austin Holmes is a Fellow at the Wilson Center and an Associate Professor of Sociology at the American University in Cairo. She began teaching there in 2008, after finishing her PhD at Johns Hopkins University. She has been awarded fellowships from Harvard University, Brown University, the Friedrich-Schiller-Universität Jena, and the Institute of Advanced Studies in Toulouse. Her research focuses on the intersection of contentious politics and security issues, broadly defined. Her book Social Unrest and American Military Bases in Turkey and Germany since 1945 was recently published by Cambridge University Press. She also wrote and directed the 67-minute documentary film Occupy Turkey: Resistance in Baseworld, which is a companion piece to the book. Her articles have appeared in the Washington Post, South Atlantic Quarterly, Journal of Arabian Studies, Social Movement Studies, and elsewhere. Her current projects include: finishing a book manuscript that focuses on mass mobilization and the military in Egypt, where she witnessed many of the key events first-hand, and a series of articles on the emergence of Kurdish women's militias in northern Syria and the Sinjar mountain region of Iraq in response to the Islamic State.