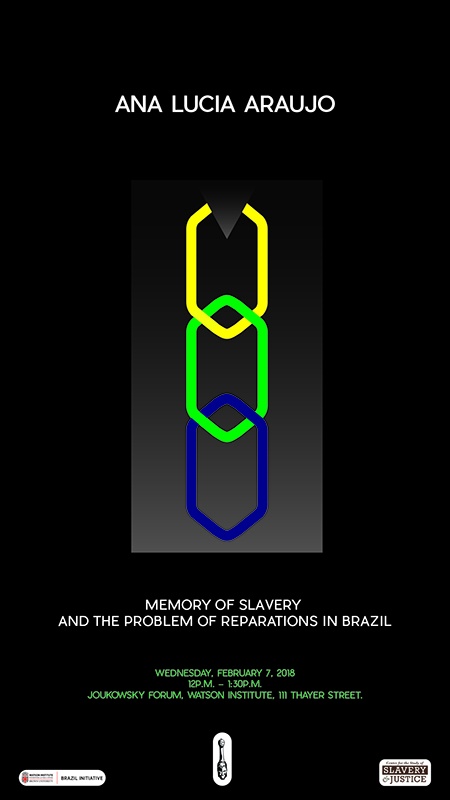 Over the last two decades, like other former slave societies, Brazil witnessed the rise of several initiatives memorializing slavery in the public space. Although  the construction of monuments and memorials, and the organization of commemorative activities associated with the slave past can be considered as a form of symbolic reparations for slavery and the Atlantic slave trade, since the emergence of the abolitionist movement some social actors have emphasized the need of material and financial reparations to former slaves and their descendants. By making connections with the international context, this talk will explore the dialogues between memory of slavery and the demands of financial and material reparations of slavery in Brazil.