Ayesha Jalal – Can Muslims be Liberal? Insights from Colonial India 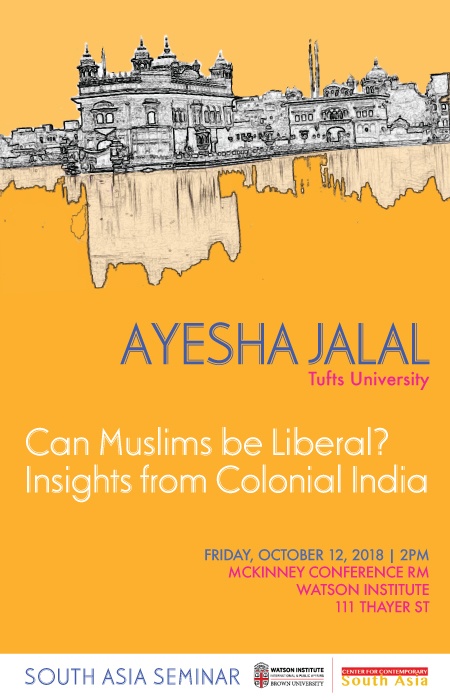 Ayesha Jalal joined Tufts University as a tenured full professor in the fall of 1999. Since 2003, Ayesha has held a joint appointment at the History Department and the Fletcher School of Law and Diplomacy and am currently the holder of the Mary Richardson chair. After double majoring in history and political science from Wellesley College in 1978, she went to the United Kingdom where she received my doctorate in history from the University of Cambridge in 1983. Ayesha was a Fellow of Trinity College, Cambridge (1980-84), Leverhulme Fellow at the Centre of South Asian Studies, Cambridge (1984-87), Fellow of the Woodrow Wilson Center for International Scholars in Washington, DC (1985-86) and Academy Scholar at the Harvard Academy for International and Area Studies (1988-90). Between 1998-2003, she was a MacArthur Fellow. Ayesha has taught at the University of Wisconsin-Madison, Tufts University, Columbia University, and Harvard University.