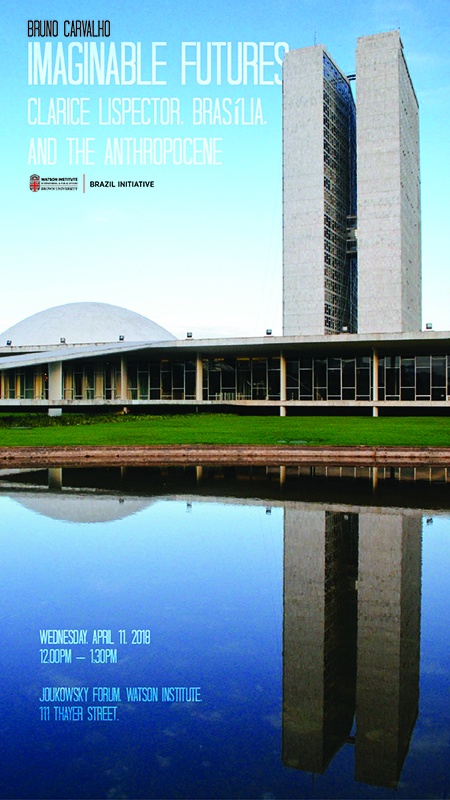 Often identified as edenic in the colonial era, Brazil was hailed as the "land of the future" by Stefan Zweig in 1941, and seen as "condemned to the modern" by Mário Pedrosa in the 1950s. This talk will discuss Brasília in the context of Brazilian imaginaries of the future, focusing on Clarice Lispector's writings about the city, from the early 1960s. Her fiction, full of foreclosed futures and resistance toward redemptive possibilities, will be read in light of contemporary debates about the Anthropocene.