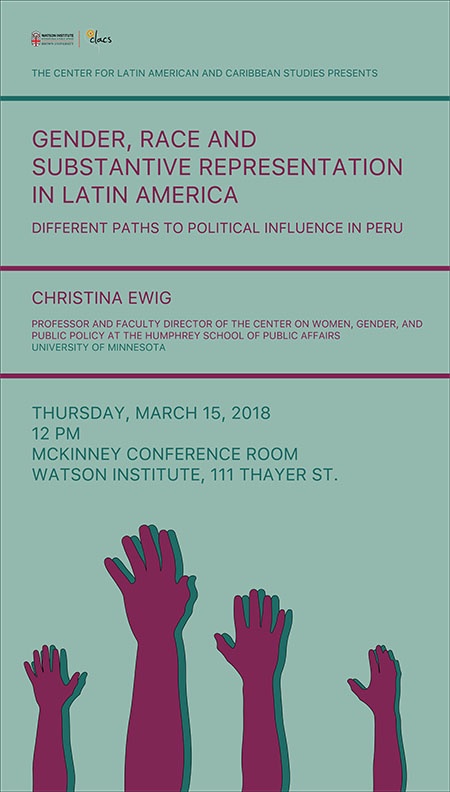 Christina Ewig joined the Humphrey School of Public Affairs in 2016 as professor and faculty director of the Center on Women, Gender, and Public Policy. She specializes in gender, race, and electoral politics; gender, race, and social policy; gender and international development and health policy. In her current research, she is investigating whether electing more women and indigenous peoples to national political office in Latin America has resulted in policy agendas that favor greater equality for these groups, or not. Her research also includes the politics of health policy formation and its implementation in Latin America. Ewig earned a PhD in Political Science from the University of North Carolina at Chapel Hill.  She previously was Professor of Gender and Women’s Studies and Political Science at the University of Wisconsin-Madison.