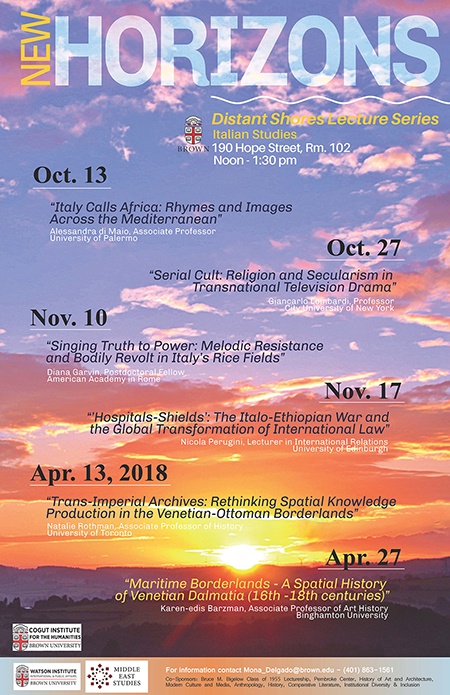 This presentation explores the entanglement of Venetian and Ottoman modalities of knowledge-production in the shared Dalmatian borderlands from the late sixteenth to the early eighteenth centuries. It asks how the Dalmatian border was fixed—both materially and epistemologically—through the efforts of dragomans (diplomatic interpreters) who shuttled across the region, recalibrating Venetian and Istanbulite metropolitan understandings of sovereign space and constituting the archives thereof. Following dragomans’ complex itineraries and documentary practices across Ottoman and Venetian institutions, the paper first situates the archives of Dalmatian border negotiations as they developed in chanceries in Zara (Zadar), Istanbul, and Venice, then foregrounds the centrality of dragomans’ specialized knowledge to all three archival sites. In exploring the modalities—practices, people, genres—through which Venetian and Ottoman forms of political sense-making in Dalmatia were commensurated, the presentation brings together multiple scales of analysis, from the hyper-local skirmishes that typified the borderlands to the large-scale inter-imperial dynamics in which local conflicts were inevitably implicated, and which they also helped shape. It concludes by outlining the significance of attending to early modern trans-imperial archival practice more broadly.

E. Natalie Rothman is Associate Professor of History at the University of Toronto. She specializes in the history of the Mediterranean in the early modern period, the history of cultural mediation and the relationship between translation and empire. Her book, Brokering Empire: Trans-Imperial Subjects between Venice and Istanbul (Cornell University Press, 2011) explores how diplomatic interpreters, converts, and commercial brokers mediated and helped define political, linguistic, and religious boundaries between the Venetian and Ottoman empires in the sixteenth and seventeenth centuries. It received the Herbert Baxter Adams prize and the Howard R. Marraro prize from the American Historical Association.