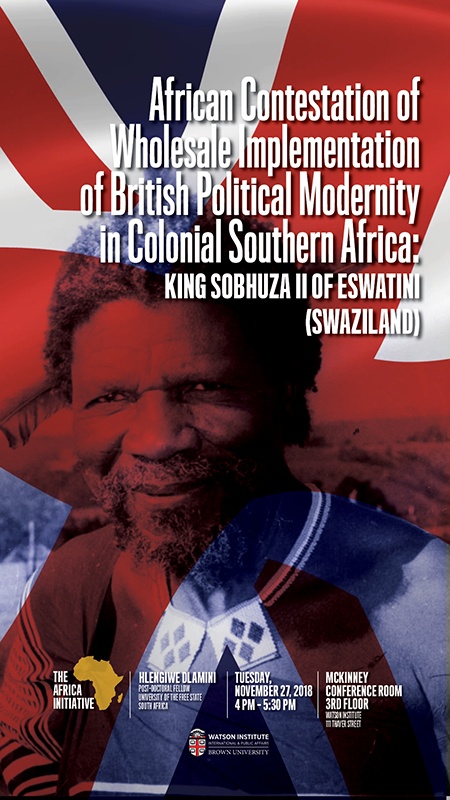 For all that Africanist scholarship sought to foreground African agency in the decades immediately following decolonisation, this particular achievement has found little place in constitutional and ‘high’ political studies. Scholars have tended to treat the British colonial modernity project in the shape of introducing Westminster institutions in British Africa from a totalising, triumphant and transformative perspective with little or no regard for African agency. This study focuses on the case of the Swazi king (Ngwengyama) who successfully challenged the British political modernisation agenda that marginalised him and went unpunished. The Ngwengyama was neither deposed nor exiled as was the case with other recalcitrant monarchs in British Africa. He constituted alliances with powerful stakeholders and was able to emerge triumphant as the sole absolute traditional monarchy in post-colonial Africa.