Inside North Korea: The Story of Refugees 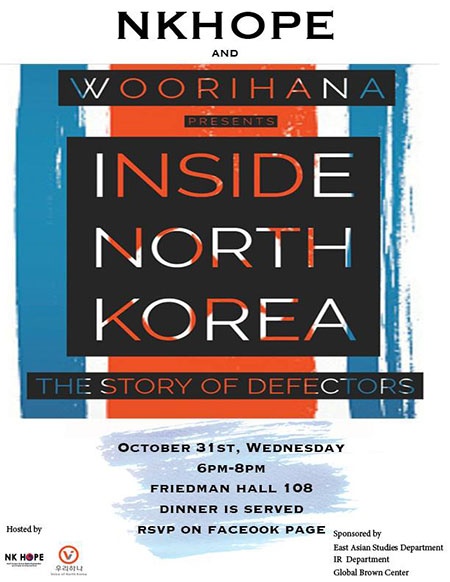 Dinner will be served

Woorihana was founded in 2013 by Se-Jun Park, who worked as a doctor in North Korea, and escaped North Korea due to the poor medical infrastructure for North Koreans. Woorihana now serves as a platform to educate people and raise awareness on the issue of North Korean human rights.

Sponsored by the Global Brown Center, the International Relations Program, and the Department of East Asian Studies