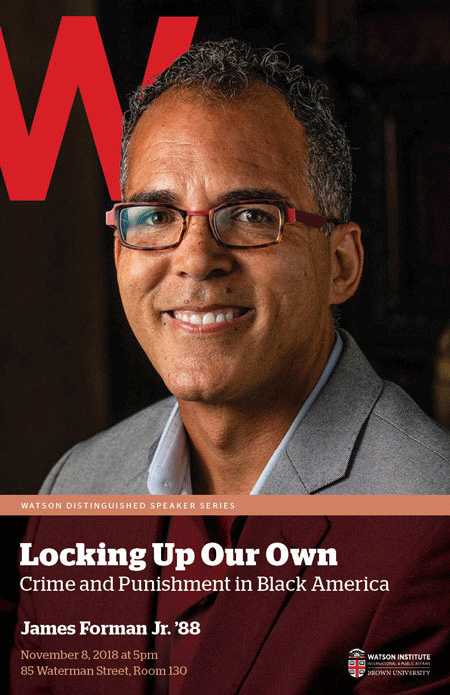 James Forman, Jr. is a leading critic of mass incarceration and its disproportionate impact on people of color. In Locking Up Our Own, he seeks to understand the war on crime that began in the 1970s and why it was supported by many African American leaders in the nation’s urban centers.

Forman shows us that the first substantial cohort of black mayors, judges, and police chiefs took office amid a surge in crime and drug addiction. In response, these officials embraced tough-on-crime measures that would have unforeseen but devastating consequences for residents of poor black neighborhoods. A former public defender in Washington, D.C., Forman tells riveting stories of politicians, community activists, police officers, defendants, and crime victims trapped in terrible dilemmas. Locking Up Our Own enriches our understanding of why our society became so punitive and offers important lessons to anyone concerned about the future of race and the criminal justice system in this country.

Locking Up Our Own won the Pulitzer Prize for Non-Fiction, and was longlisted for the National Book Award. It has been named a Best Book of the Year by numerous publications, including the New York Times, The Marshall Project, Publisher’s Weekly, and GQ Magazine.

Moderated by Adaner Usmani, Postdoctoral Fellow in International and Public Affairs at the Watson Institute.