Lyle Goldstein – How to Solve the North Korea Crisis: China, Russia, and the U.S. 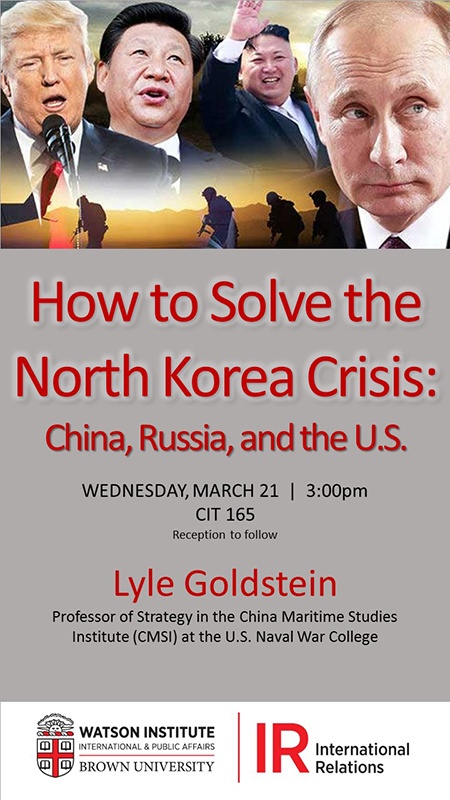 As the North Korea Crisis has become more acute in the last year, it is ever more obvious that diplomatic solutions likely will involve both China and Russia. For a tightening sanctions regime, the cooperation of both Beijing and Moscow has been essential. A much less discussed component of an agreement, however, could also involve “security assurances,” as a major aspect of a new arms control regime for Northeast Asia. This discussion will touch on all aspects of both China and also Russia’s complex relations with North Korea, but focus on the difficult issue of security assurances and their possible role in a settlement of the nuclear crisis. Prof. Goldstein reads both Chinese and Russian fluently and he will share many unique source materials during this lecture. He will also discuss his Dec 2017 research trip to Northeast Asia that included travel to Northeast China, as well as the Russian Far East and the Korean Peninsula.