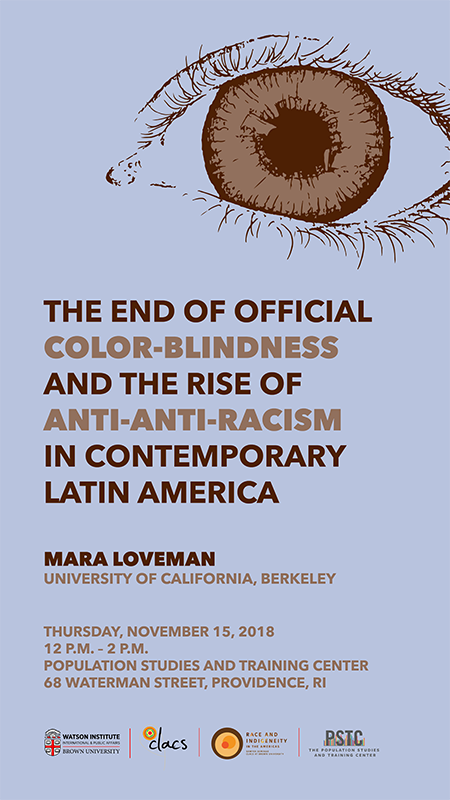 This talk is a part of our Sawyer Seminar series on race and indigeneity in the Americas, In collaboration with and hosted by the Population Studies and Training Center.

Mara Loveman is a political and comparative-historical sociologist with broad interests in ethnoracial politics, nationalism, and the state. Her research interests also include the sociology of development, the demography of ethnoracial difference and inequality, and human rights, with a regional focus on Latin America. Mara Loveman joined the UC-Berkeley sociology department in Fall of 2013. From 2003-2013, she was a faculty member in the sociology department at UW-Madison. She earned her M.A. and Ph.D. in Sociology from UCLA and her B.A. in Political Economy of Industrial Societies, Latin American Studies, and Spanish and Portuguese from UC-Berkeley.