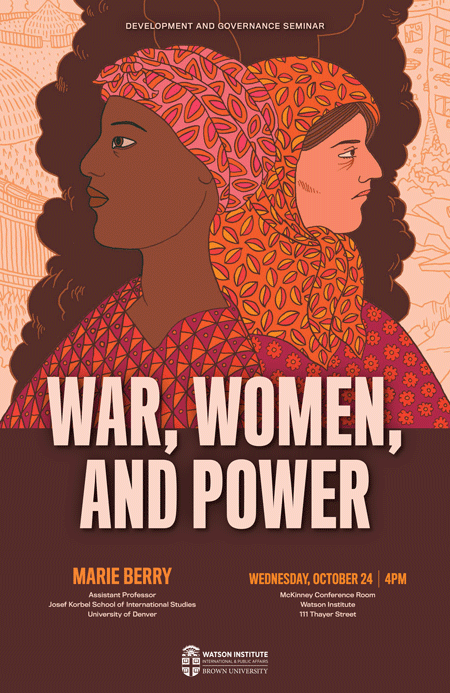 Rwanda and Bosnia both experienced mass violence in the early 1990s. Less than ten years later, Rwandans surprisingly elected the world's highest level of women to parliament. In Bosnia, women launched thousands of community organizations that became spaces for informal political participation. The political mobilization of women in both countries complicates the popular image of women as merely the victims and spoils of war. Through a close examination of these cases, Berry's recent book, War, Women, and Power: From Violence to Mobilization in Rwanda and Bosnia-Herzegovina (Cambridge University Press 2018), unpacks the puzzling relationship between war and women's political mobilization. Drawing from over 260 interviews with women in both countries, this research reveals how war can reconfigure gendered power relations by precipitating demographic, economic, and cultural shifts. In the aftermath, however, she shows how many of the gains women made were set back. This book offers an entirely new view of women and war, and includes concrete suggestions for policy makers, development organizations, and activists supporting women's rights.

Marie Berry is an assistant professor at the Josef Korbel School of International Studies, University of Denver.