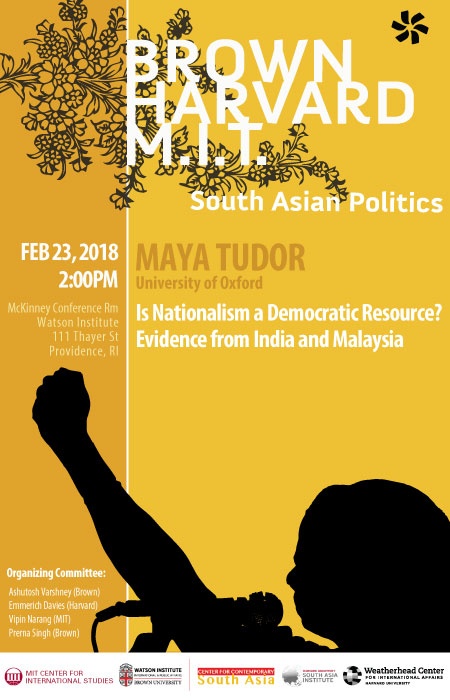 Maya Tudor is an Associate Professor of Government and Public Policy in the Blavatnik School of Government at the University of Oxford. Dr. Maya Tudor’s research investigates the origins of stable, democratic and effective states across the developing world, with a particular emphasis upon South Asia. She was educated at Stanford University (BA in Economics) and Princeton University (MPA in Development Studies and PhD in Politics and Public Policy). She has held Fellowships at Harvard University’s Belfer Center for Science and International Affairs and Oxford University’s Centre for the Study of Inequality and Democracy.

Her book, 'The Promise of Power' (Cambridge University Press, 2013), was based upon her 2010 dissertation, which won the American Political Science Association’s Gabriel Almond Prize for the Best Dissertation in Comparative Politics. The book investigates the origins of India and Pakistan’s puzzling regime divergence in the aftermath of colonial independence. She is also the author of articles in Comparative Politics, Journal of Democracy, and Party Politics.