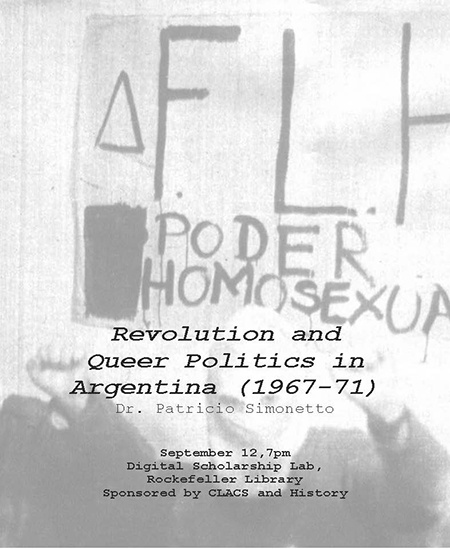 Patricio Simonetto has a degree in Social Communication, a doctoral fellow from CONICET and a doctorate in Social and Human Sciences (Universidad Nacional de Quilmes). He is a member of the Center of Studies in History, Culture and Memory (CEHCMe) and the Open Chair of Gender and Sexualities (UNQ). He has published several articles in Argentine and foreign journals on the social and cultural history of sexuality, with an emphasis on the analysis of homosexuality during the second half of the 20th century. Currently, in his doctoral thesis, he studies the exchange of sex for money in extracentric Argentine spaces during the 20th century.