Regine Spector ─ Order at the Bazaar: Power and Trade in Central Asia 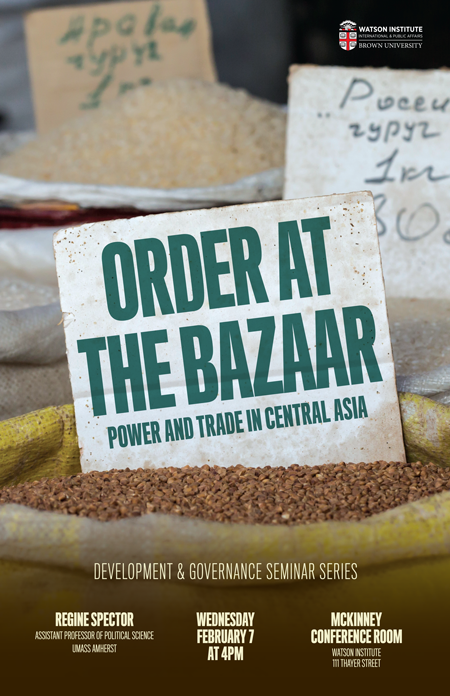 Regine Spector is an assistant professor of political science at UMass Amherst. She engages with literature in comparative politics, political economy, post-Soviet studies and when relevant history, geography, and anthropology, to better understand the creative, contentious, and politically fraught processes that undergird the creation of new market economies. Her first book, Order at the Bazaar: Power and Trade in Central Asia, is available with Cornell University Press (2017). The book examines the bottom-up creation and institutionalization of local marketplace orders in Kyrgyzstan. Among other topics, she has also published articles on the politically contested future of bazaars in Almaty, Kazakhstan and the recomposition of apparel manufacturing in Bishkek, Kyrgyzstan, in Post-Soviet Affairs, Problems of Post-Communism, and Central Asian Survey.