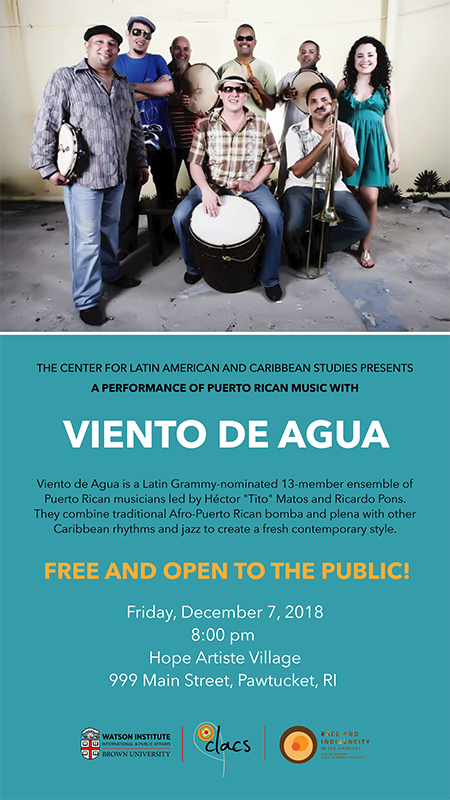 Join us for a very special music performance from Puerto Rican band Viento de Agua as a part of our Sawyer Seminar Series. The event is free and open to the public!

Arts and Culture
Center for Latin American and Caribbean Studies