Vivek Dehejia – From the "Idea of India" to the "New Idea of India": The Political Economy of Federalism in India 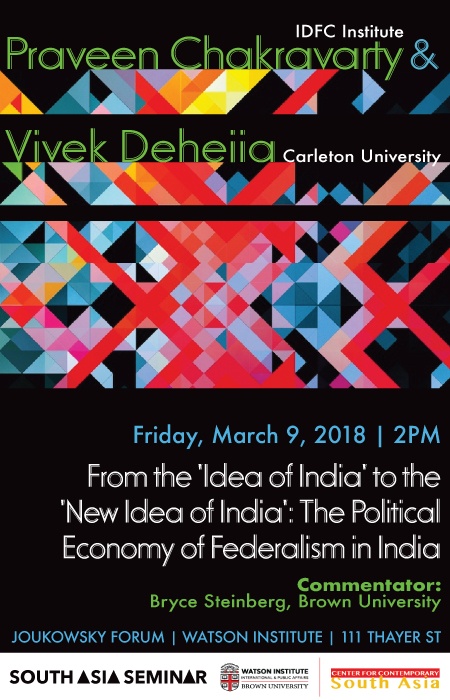 Praveen Chakravarty, who partnered in this research is no longer able to join for this event. Chakravarty is a Visiting Senior Fellow at IDFC Institute.