Zachary Morgan – Neither Slave nor Citizen: State Control of Brazilian Free Blacks in the 19th Century 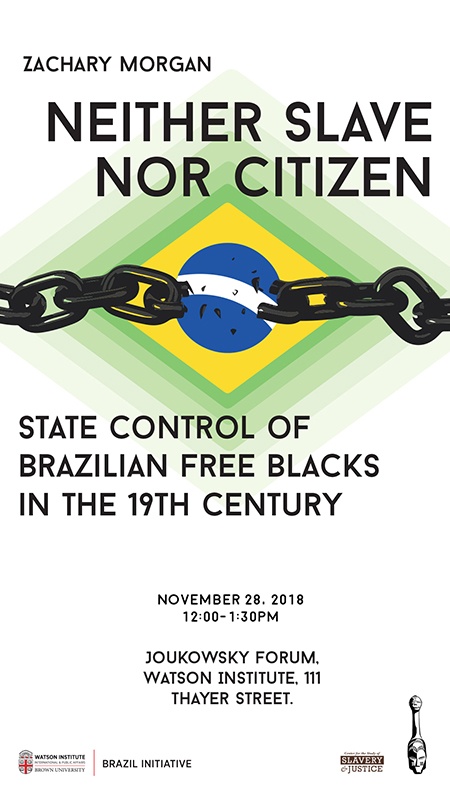 The study of Brazilian race and slavery in the nineteenth century is too often framed by the structure of abolitionist legislation; first that applied to the cessation of the Atlantic slave trade leading up to 1850, and then to the abolition of slavery itself before the passage of the Golden Law in 1888. Traditional and contemporary scholarship points to a lack of segregationist law as central to understanding Brazil’s post abolition racial hierarchy. Given the comparatively large size of Brazil’s free black population in the first decade of the nineteenth century (free Afro-Brazilians represented a plurality, a larger population than whites or enslaved Africans) my current research examines how state supported institutions such as orphanages, the police, and the military, alongside regional and national legislation, targeted and controlled the lives of free Afro-Brazilians before and after final abolition.

Zachary Morgan is Associate Professor of Latin American History and African American Studies at the University of Pennsylvania.