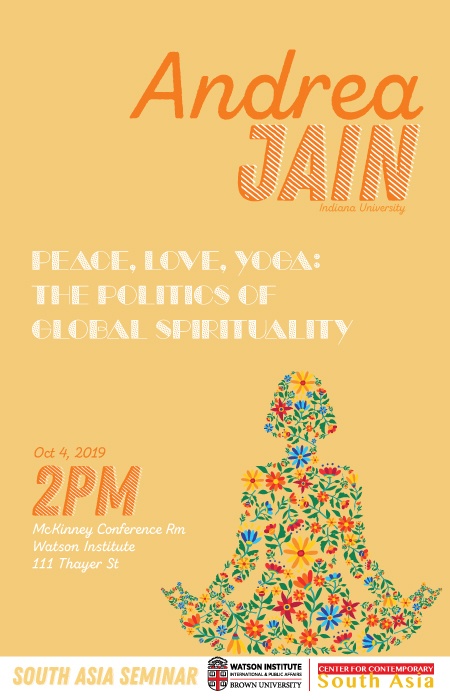 Andrea R. Jain, PhD is associate professor of religious studies at the Indiana University School of Liberal Arts at IUPUI, editor of the Journal of the American Academy of Religion, and author of Selling Yoga: From Counterculture to Pop Culture (Oxford University Press, 2014). She received her doctorate degree in religious studies from Rice University in 2010. Her areas of research include religion under neoliberal capitalism; global yoga; South Asian religions; the intersections of gender, sexuality, and religion; and theories of religion. Her second monograph, Peace, Love, Yoga: The Politics of Global Spirituality, is forthcoming with Oxford University Press.