Ankhi Mukherjee — Psychoanalysis of the Oppressed, a Practice of Freedom: Free Clinics in Urban India 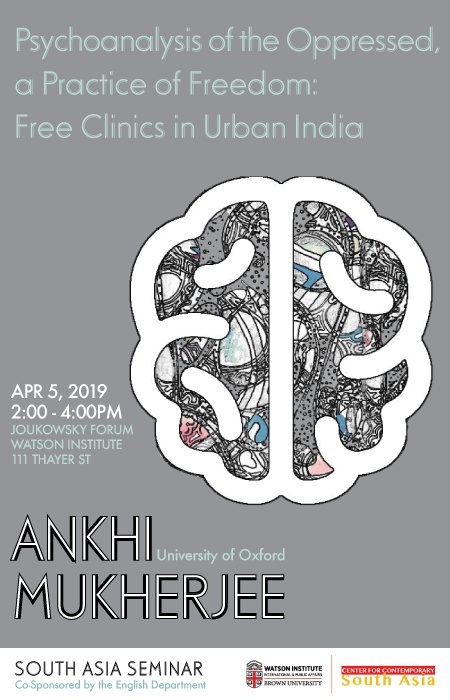 Ankhi Mukherjee is a Professor of English and World Literatures and Tutorial Fellow at Wadham College, University of Oxford. While her first monograph, Aesthetic Hysteria: The Great Neurosis in Victorian Melodrama and Contemporary Fiction (Routledge, 2007), drew largely on Victorian literature and culture, Ankhi’s second book, What Is a Classic? Postcolonial Rewriting and Invention of the Canon (Stanford, 2013) asks how classics emanate from postcolonial histories and societies. Exploring definitive trends in twentieth- and twenty-first century English and Anglophone literature, she examines the relevance of the question of the classic for the global politics of identifying and perpetuating so-called core texts. Emergent canons are scrutinized in the context of the wider cultural phenomena of book prizes, the translation and distribution of world literatures, and multimedia adaptations of world classics. The book's ambitious historical schema includes South Asia, Africa, the Middle East, the West Indies, Australia, New Zealand, Europe, and North America.

She is currently working on an interdisciplinary project that examines the institution of psychoanalysis and its vexed relationship with race and the urban poor in the context of three global cities: Mumbai, London, and New York.