From Brown to the 2020 Campaign: Student Panel on Working in Politics and Policy 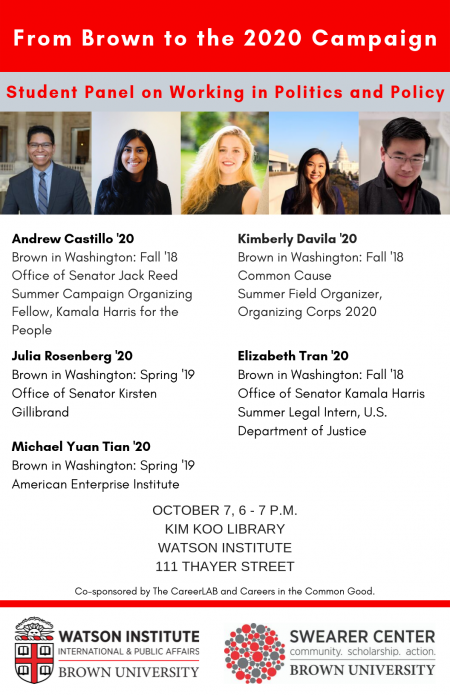 Are you interested in joining a political campaign or working in D.C.? Hear from Brown in Washington alumni who have spent the last few months on the campaign trail or working for lawmakers seeking the presidential nomination.

Sponsored by the Brown in Washington Program, a partnership between the Swearer Center and the Watson Institute. Co-sponsored by The CareerLAB and Careers in the Common Good.