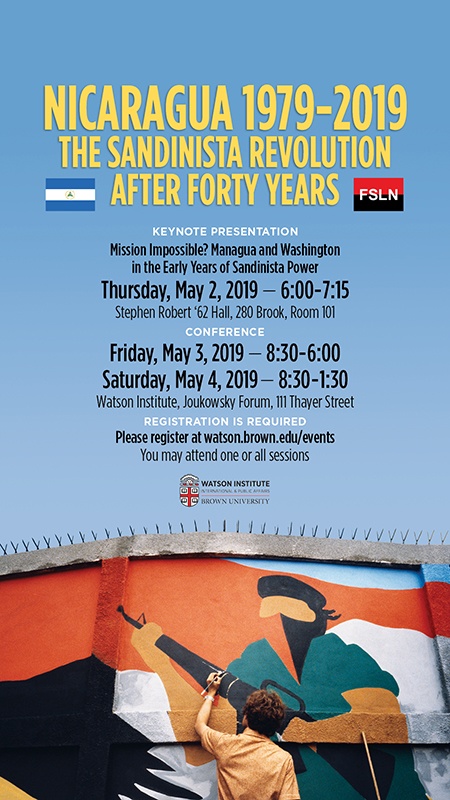 The conference is free and open to the public.

To register, please go to the conference registration page.

In 1979, a revolution led by Sandinista guerrillas overthrew an entrenched dynastic regime in Nicaragua. The Sandinistas promised land reform, universal literacy and health care, expanded rights for women and minority groups, and a government that would respond to basic needs in their impoverished country. They had been in power only a short time when the “contra” rebellion, encouraged and financed by the United States, emerged to challenge their power. During the 1980s Nicaragua became a Cold War battleground, with Washington, Havana, and Moscow jousting for power and influence. Tens of thousands of Nicaraguans died in this conflict.

This conference brings together senior figures who shaped Nicaragua during the Sandinista era—politicians, diplomats, academics, public intellectuals, and journalists—to assess the revolution and its lessons, tell its stories, and leave a legacy for history.

You may attend one or all discussions.

To learn more about the conference presenters go to the biographies page.