Costs and Consequences of US Post-9/11 Wars: Focus on Climate Change 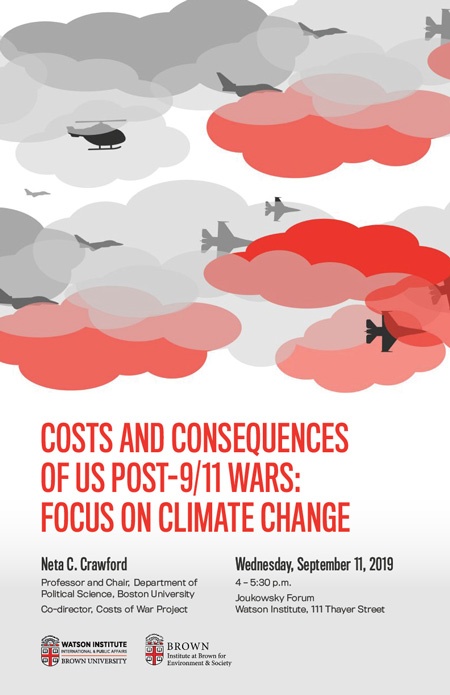 As we observe another anniversary of the Sept. 11, 2001 attack, Neta Crawford, political scientist and co-director of the Costs of War project, discusses the environmental impacts of the post-9/11 wars.

Co-sponsored by the Institute at Brown for Environment and Society.