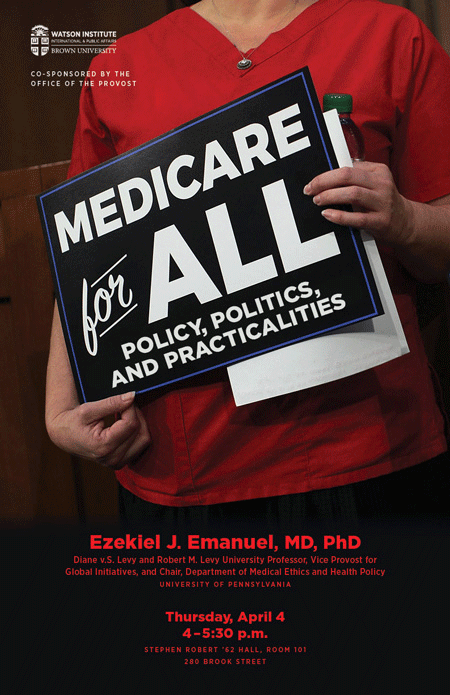 Ezekiel J. Emanuel is the Diane v.S. Levy and Robert M. Levy University Professor, Vice Provost for Global Initiatives, and Chair of the Department of Medical Ethics and Health Policy at the University of Pennsylvania. He was the founding chair of the Department of Bioethics at the National Institutes of Health until August 2011. He recently served as a Special Advisor on Health Policy to the Director of the Office of Management and Budget and National Economic Council. He is also a breast oncologist.

Dr. Emanuel received his MD from Harvard Medical School and his PhD in political philosophy from Harvard University and has published widely on health care reform, research ethics, and end-of-life care. His book Reinventing American Health Care examines the history of the U.S. health care system, the Affordable Care Act, and health care predictions for the future. Its sequel, Prescription for the Future, was released in June 2017. Dr. Emanuel also serves as a Venture Partner at Oak HC/FT in addition to serving as contributor for the New York Times and Fox News.

Co-sponsored by The Office of the Provost and the Watson Institute.