Fernanda Martinelli — Territories of Flavor: Production of Food and Affection in the Social Construction of Brazilian Terroir 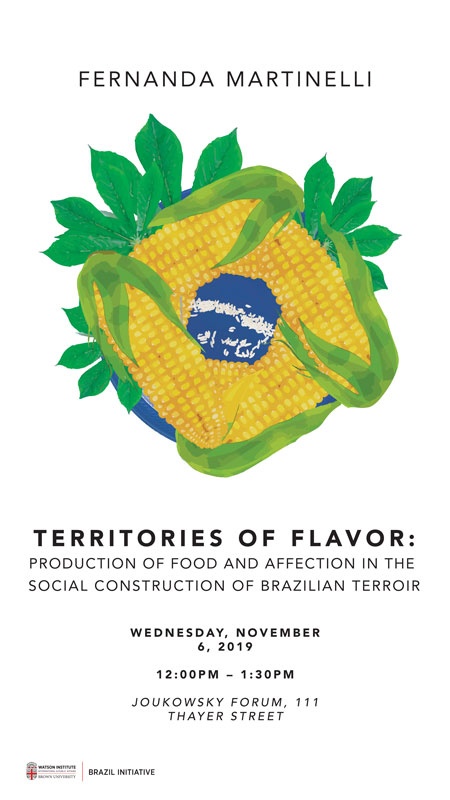 Fernanda Martinelli will discuss culinary thinking as a methodological device, focusing on cultural, symbolic and material dimensions of food and its role in social relations, from production to distribution and consumption. She reflects upon food production and food policies in Brazil, how they have changed in recent years and their relationship to public health, the protection of the environment and Brazilian land policy. The dimension of affection encompasses both parts as an element that introduces different frames of citizenship, work relations and modes of producing, distributing and consuming food. The notion of "terroir" is an attempt to think about local food production as heritage and asset, especially for traditional indigenous and quilombola communities, as well as small family farmers and landless worker settlements.

Fernanda Martinelli is a professor of communications at the University of Brasilia, and a visiting professor at Brown University.