Luis Miguel Estrada Orozco – Abroad and Away: Memory and Characters on the Run 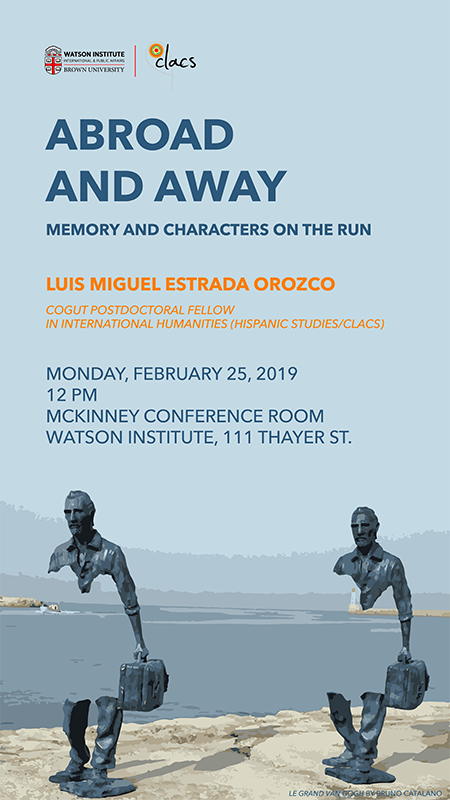 Luis Miguel Estrada Orozco is a Postdoctoral Fellow in Hispanic Studies at Brown University. He is a writer, translator and scholar who specializes in Mexican and Latin American Literature. His doctoral dissertation explores the portrayals of the Mexican boxer in Mexican literature, reviewing paradigmatic representations in cinema, theater, and press. Estrada’s research draws from several fields such as journalism, sociology, film studies, and the history of sports focusing on the inclusion of ethnic minorities. Other research interests include violence in post-Revolutionary Mexican literature, masculinity in Latin America, memory, national identities, and transatlantic studies. As a fiction writer, Estrada explores both the fantastic as well as realist depictions of life in Mexico, and recently he explored the topic of Hispanic characters in the United States. His collections of short stories had received several awards in Mexico, his home country where he has also published boxing chronicles. His fiction work has been included in anthologies both in Mexico and Spain.