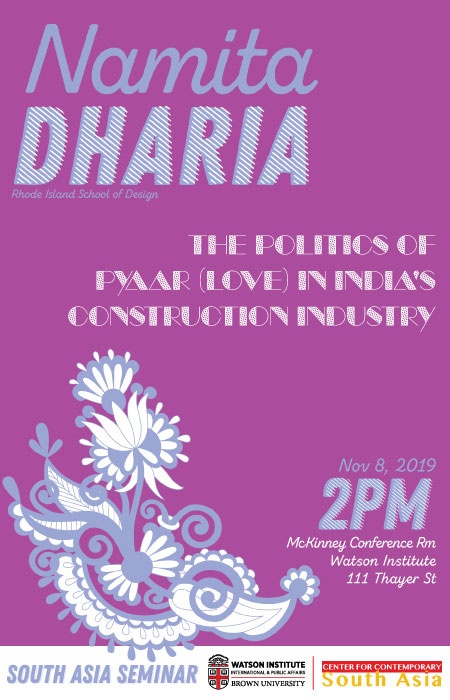 Namita Dharia is a socio-cultural anthropologist and an architect who does research on urban South Asia. Her interest in urban areas developed during her studies and career as an architect and urban designer in India in the late ’90s. After working as an educator and an architectural journalist, she moved to study the broader social dynamics of construction worlds for her PhD research in anthropology. In her work, Dharia researches urban areas through a scalar methodology. She moves between the scale of a single individual in the city to that of objects and architectures to urban infrastructures and regions.

An interdisciplinary scholar, Dharia is interested in bridging design, planning and social science methodologies and theories. She experiments with the creative energies of anthropology and architectural and urban planning to explore their common interests in social justice, human-object relations, infrastructures, ecologies and urban political economy.

Dharia conducted research in cities across northeast India, north India, central India and west India. Within them she studied urban governance and planning policies, private construction industry practices and labor migratory pathways. Her research collaborations include a study of large-scale temporary cities and architectures such as the Kumbh Mela festival city that assembles and dissembles within the span of three months and ethnographic design projects in Detroit."