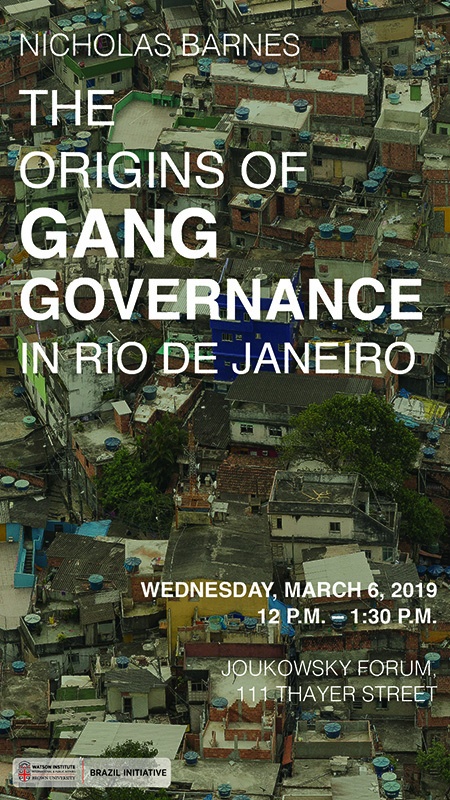 For more than three decades, powerful drug trafficking factions have monopolized violence and replaced state authority with governance forms of their own in hundreds of favelas across Rio de Janeiro's vast urban landscape. In this talk, based on three years of ethnographic fieldwork in Rio de Janeiro, I focus on the emergence of gangs and their governance practices in Complexo da Maré, the city's largest group of favelas. On one hand, I argue that the violent and repressive practices of Rio de Janeiro's political institutions and public security apparatus pushed Maré's residents away from preexisting forms of state governance to increasingly demand the services and authority provided by gangs. On the other hand, I argue that increasing competition between gangs for control of lucrative drug markets incentivized them to monopolize violence and consolidate their political authority within these communities.

Nicholas Barnes is a Postdoctoral Fellow in International and Public Affairs at the Watson Institute.