Nina Alvarez — The Perfect Immigrant and Other Myths 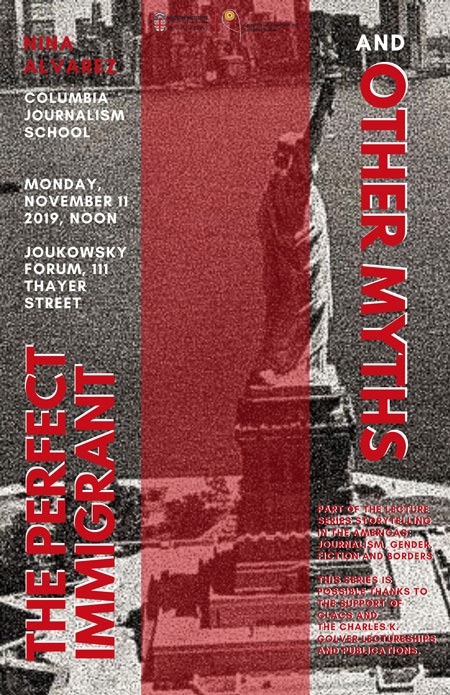 Part of the lectureship Storytelling in the Americas: Journalism, Gender, Fiction and Borders.

Nina Alvarez is a journalist, documentarian and video photographer. For over twenty-five years, she has reported breaking news and feature stories from around the world, on broadcast and web segments, radio reports and long-form documentaries.

Alvarez began her journalism career at ABC News, where she was a production associate on the acclaimed documentary series, Turning Point. She went on to work in the Miami Bureau covering news in the southeast US and Latin America and established the Mexico City Bureau in 1997, reporting and producing breaking news, feature and investigative stories in Latin America and the Caribbean. Her work with the network's top on-air talent was broadcast on World News Tonight with Peter Jennings, Good Morning America, Nightline and 20/20 and was recognized with three national Emmy Awards.

Since 2001, she has reported and produced news and longform stories for Univision, NBC, CNN, NPR, MTV News and Al Jazeera from the Middle East, Africa, Central Asia and Latin America. From 2015 to 2017, she was also Senior Producer at the Fusion/Netflix investigative series, The Naked Truth, which was recognized with the Alfred I. duPont Columbia Journalism Award, an Emmy nomination and the Al Neuharth Award for Innovation in Investigative Journalism. Alvarez is currently a Senior Editor of Investigative Projects at Futuro Media Group.