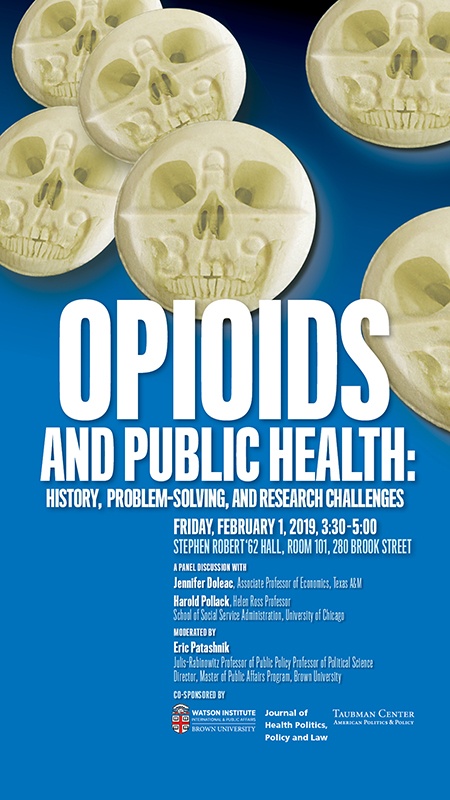 The scale of America’s opioid crisis is staggering. On average, 130 people die each day due to an opioid overdose in the United States. More Americans die from fatal opioid overdose than from gun homicide. Between 1999 and 2017, the opioid epidemic claimed nearly 400,000 American lives. Addiction to opioids—including prescription pain relievers, heroin, and synthetic opioids such as fentanyl—imposes large costs on public health as well as social welfare. These costs include healthcare, lost productivity, addiction treatment, and criminal justice involvement.

Policymakers have tried many approaches to reduce opioid abuse and opioid-related morality, and researchers have been studying the effects of those policies. What have we learned so far?

This plenary session brings together two leading scholars to discuss the history of the opioid epidemic, the state of the evidence base, current implementation strategies in public health, and promising directions for both research and practice.

Co-sponsored by the Journal of Health, Politics, Policy and Law, the Taubman Center for American Politics and Policy, and the Watson Institute for International and Public Affairs