Raef Zreik – Palestine as a Question 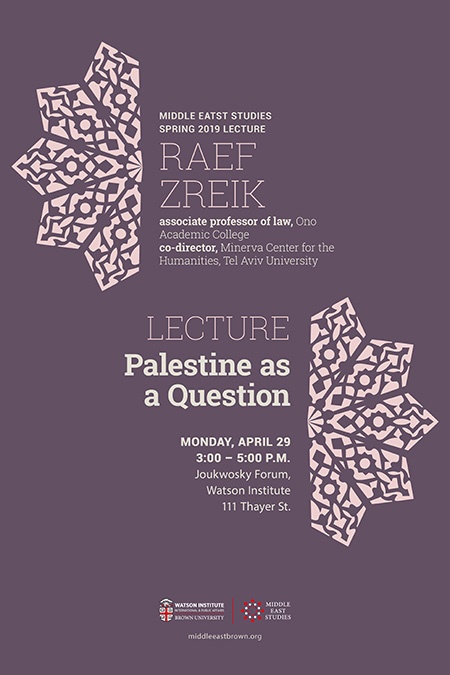 In 1948, Israel managed to solve the demographic problem of Palestinian majority by expulsion, creating the Palestinian Refugee problem. But Israeli occupation of the West Bank and Gaza reintroduced the problem apparently solved in 1948. The first attempt to solve the re-emerging problem was based on territorial separation, “the two states solution,” but this attempt has failed. With the recent Nationality Basic Law, a new mode of separation is underway: instead of territorial separation, an ethnic-religious separation, within one geopolitical unit.

Given the overwhelming power of Zionism and its expansive nature, the Palestinian Question is being re-conceptualized; the struggle with Israel has become a struggle within Israel – a struggle for a different Israel. The “internal” question regarding the nature of the Israeli regime and its democracy, and the “external” question regarding the future of Palestine are being entangled in an inextricable manner like never before.

Raef Zreik is a Palestinian legal and political theorist. He is an associate professor of law at Ono Academic College, the academic co-director of the Minerva Center for the Humanities at Tel Aviv University, and a senior researcher at Van Leer institute in Jerusalem.