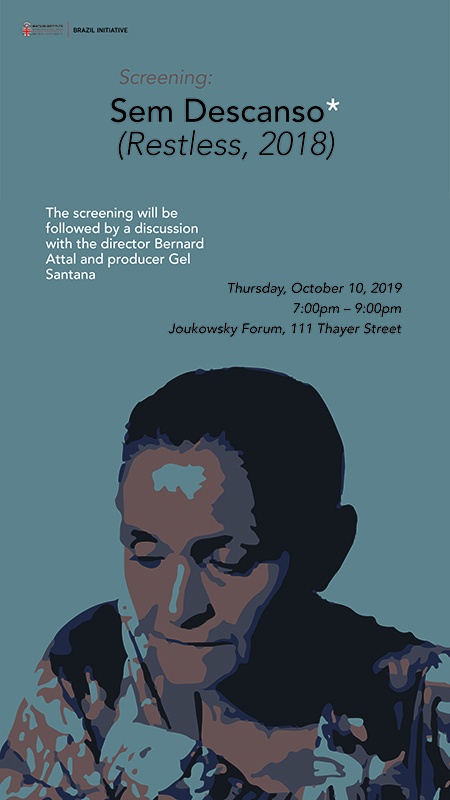 In 2014, Geovane, a young black man from a poor neighborhood in Salvador, Bahia in Brazil, was arrested by the military police and never seen again. His dad would not rest until he found the whereabouts of his son.

The film will be screened followed by a discussion with the director Bernard Attal and producer Gel Santana.