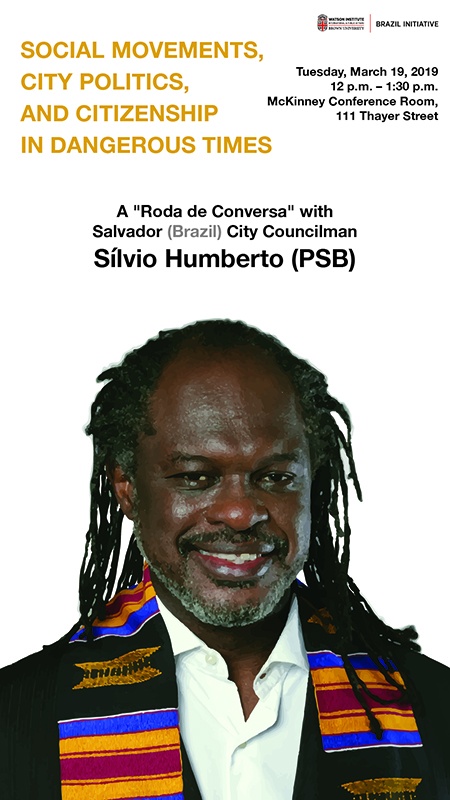 Sílvio Humberto is in his second term as City Councilman in Salvador, capital of Bahia State. Having served as Leader of the Opposition in the House and president of the City Commission on Education, Culture, Sports and Leisure, he now chairs the Culture Committee. A longtime activist in Afro-Brazilian social movements, he is one of the founders of the Steve Biko Cultural Institute, an institution of civil society responsible for bringing hundreds of black and socially vulnerable young people to university. Sílvio Humberto holds a Ph.D. in Economics, and continues to lecture at the University of Feira de Santana. The conversation will be facilitated by Professor Geri Augusto (Africana Studies & Watson Institute).