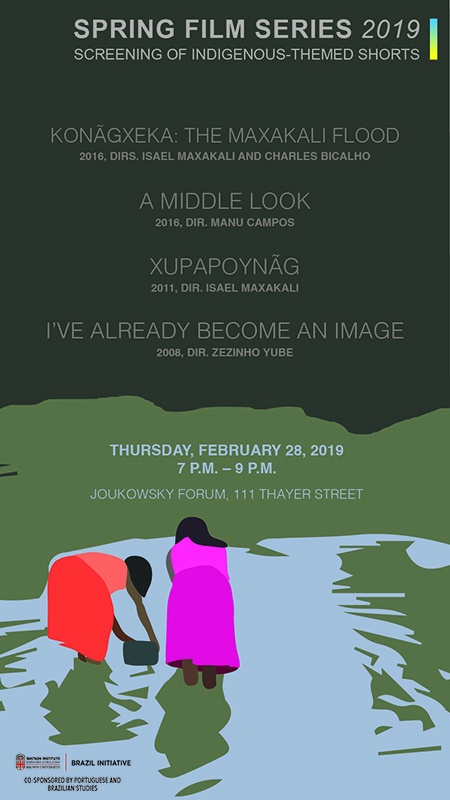 A Middle Look (Olhar do fim no meio, Manu Campos, 2016).
During the First World Games of the Indigenous Peoples in Palmas, the director Manu Campos knows three indigenous people related to the audiovisual world; Tumre Kayapó, Juanahu Iny and Takumã Kuikuro. Between dreams, achievements and difficulties, the meeting opens the way for the search for understanding the other's gaze. They have the same point of view as she, but unique worlds and perspectives of her own, which she seeks to unravel through her restless and experimental lens.

This movie is part of an interactive documentary project called "We, Indigenous?" which seeks to understand closely the particularities of today's indigenous people, as well as to understand how indigeneity can and should be rescued in every human being.

Xupapoynãg, (Isael Maxakali, 2011)
Otters invaded the village to avenge the exploitation and killing their relatives, hunted and eaten by humans. It is up to the women to wage a battle to expel the invaders.

I’ve Already Become an Image (Já me transformei em imagem, Zezinho Yube, 2008).
From the time of the first contact with the white men, through the captivity in the rubber tree plantations, up until their current work with video-making, these testimonies reveal the meanings behind the processes of dispersion, loss and re-encounter lived by the Hunikui people.