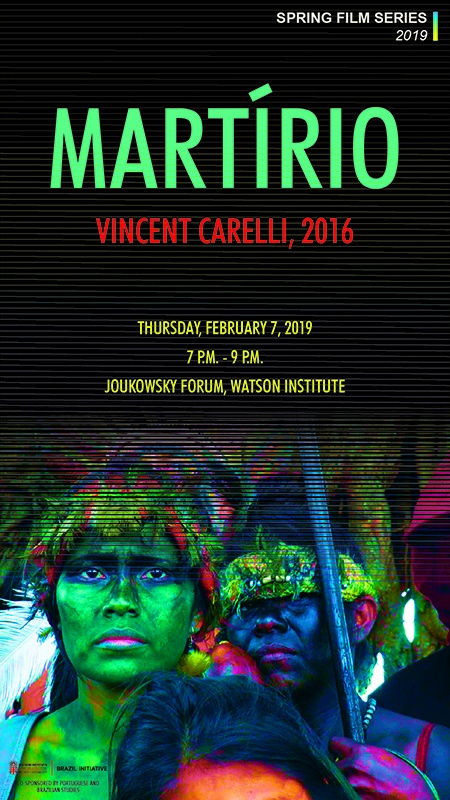 Filmed over the course of 40 years, filmmaker Vincent Carelli seeks out the origins of the Guarani Kaiowá genocide. A conflict of disproportionate forces: the peaceful and obstinate insurgency of the dispossessed Guarani Kaiowá against the powerful apparatus of agribusiness. While fighting against the Brazilian Congress in order to not be evicted from their homes, 50,000 indigenous people demand the demarcation of the space that belongs to them. With rigorous investigative work, this Brazilian director recorded the birthplace of the resistance movement in the 1980s and tells, in his own voice and in those of the indigenous people, the social and political injustices suffered. The stunning archival historical images, new footage, both in color and in black and white, hearings in Brazilian Congress, and even interviews with those opposed to the Guarani Kaiowá’s rights, reveal the crudeness with which they coexist every day: among the violation of their civil rights and the fortitude with which they confront the usurpers.