Srinivas Reddy — Poems of Empire: The Remarkable Reign of Krishnadevaraya of Vijayanagara (1509-1529) 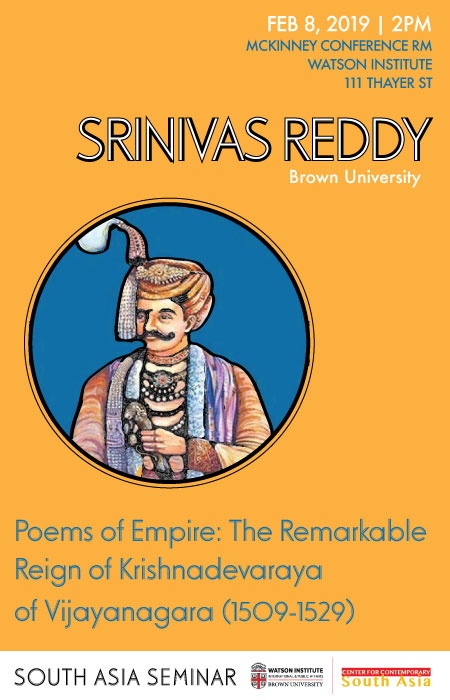 Srinivas Reddy is a scholar, translator and musician. He trained in classical South Asian languages and literatures at Brown University and the University of California, Berkeley. His research interests incorporate translation studies, Vijayanagara history and classical Indian music theory and practice. His publications include Krishnadevaraya’s Telugu epic Amuktamalyada: The Giver of the Worn Garland, Kalidasa’s play Malavikagnimitram: The Dancer and the King, and Kalidasa's classic Meghadutam: The Cloud Message. Srinivas is also a concert sitarist and has given numerous recitals around the world. He now lives in Rhode Island and teaches at Brown University.