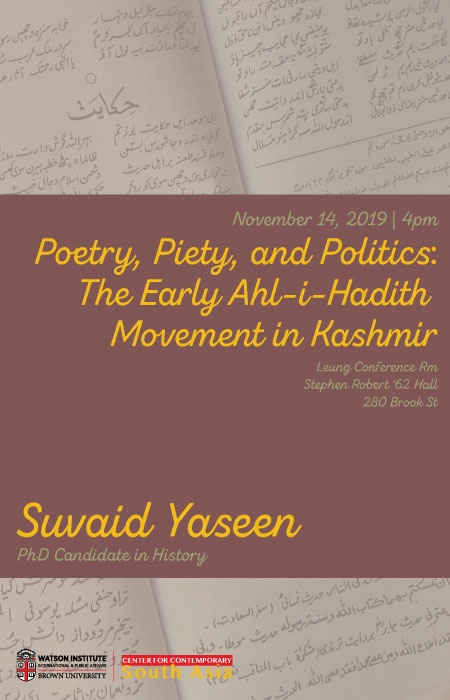 Suvaid Yaseen is interested in the intellectual histories of Islamic movements in South Asia since the late nineteenth century until the present. His particular interest lies in studying how Muslim intellectuals, political leaders, and Ulema responded to the institutions of British colonial rule, and the various pathways that emerged as a response — an earlier emphasis on disengagement would eventually lead to active engagement with the ideas and institutions of the modern State. Suvaid is also interested in exploring the parallels and divergences between the Islamic movements in South Asia and the Middle East.