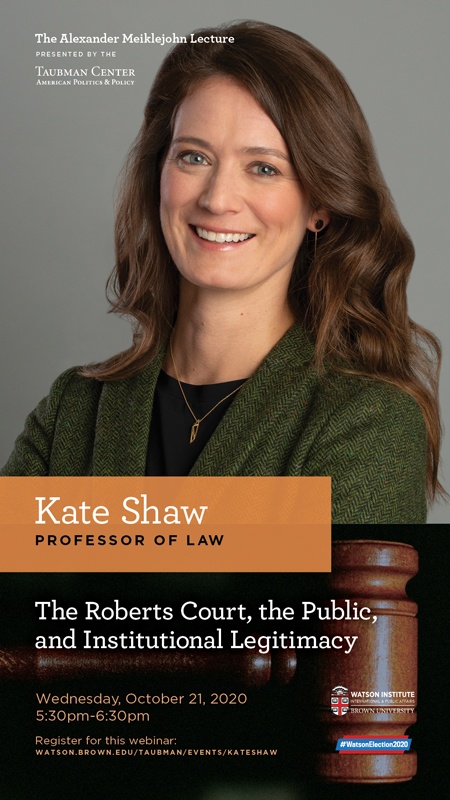 The complex relationship between the Supreme Court and the world of politics is on full display in this election year, as the President and Senate push to fill the vacancy left by Justice Ruth Bader Ginsburg’s death. This lecture and discussion will analyze the discourse surrounding the last Supreme Court Term, the Term beginning on October 5, and the ongoing confirmation fight, and probe what we mean when we talk about the Supreme Court’s "institutional legitimacy."

Kate Shaw '01 is a Professor of Law. Before joining Cardozo, Professor Shaw worked in the White House Counsel’s Office as a Special Assistant to the President and Associate Counsel to the President. She clerked for Justice John Paul Stevens of the U.S. Supreme Court and Judge Richard A. Posner of the U.S. Court of Appeals for the Seventh Circuit.