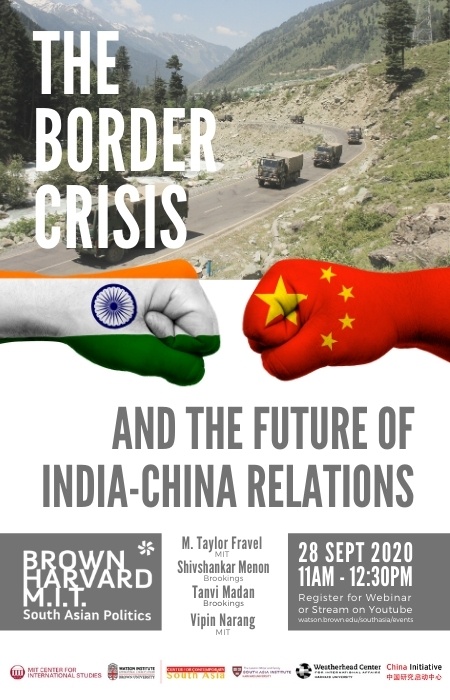 Shivshankar Menon is Chairman of the Advisory Board of the Institute of Chinese Studies, New Delhi, and a Distinguished Fellow of Brookings International. He has been a Richard Wilhelm Fellow at MIT and Fisher Family Fellow at Harvard. Menon was National Security Advisor to the Prime Minister of India from January 2010 to May 2014. Menon was previously Foreign Secretary of India from October 2006 to August 2009. He has served as Ambassador and High Commissioner of India to Israel (1995-7), Sri Lanka (1997-2000), China (2000-2003) and Pakistan (2003-2006). He was also a member of the Atomic Energy Commission, 2008-14. A career diplomat, he served in China (thrice), in Japan, and in Austria in the Embassy and the Mission to the IAEA and UN. His professional experience included India’s relations with her neighbours, atomic energy and disarmament issues, and India’s relations with the major powers.