Elizabeth Foster ─ African Catholic: Decolonization and the Transformation of the Church 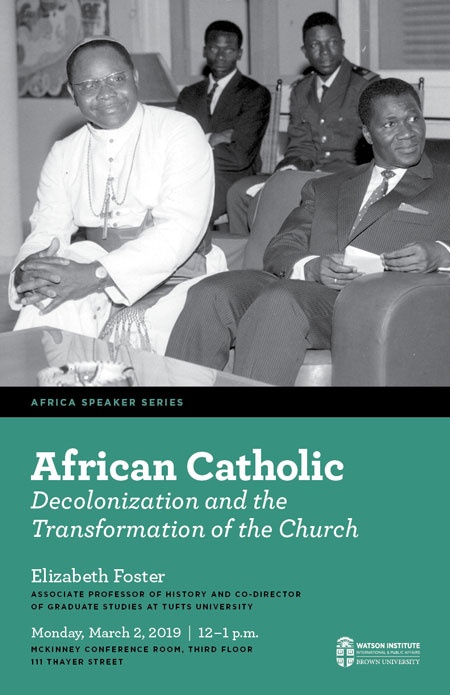 African Catholic examines how French and African Catholics imagined the future of France, Africa, and Catholicism itself between 1945 and 1965. They raised the question of whether Catholicism was inherently tied to European civilization and colonization, or if it could be authentically African. This talk will focus specifically on a long-overlooked Catholic strand of the negritude movement, and how its leader, Alioune Diop, became a major influence at the Vatican in the 1950s and 1960s. African Catholic activism in this period helps to explain the titanic shift in Catholicism towards the global south in the ensuing six decades. Now legions of African clergy expatriate themselves to fill pulpits and prop up the dwindling faith in Europe, a dramatic reversal from colonial times.

Elizabeth Foster is an Associate Professor of History and Co-Director of Graduate Studies at Tufts University.