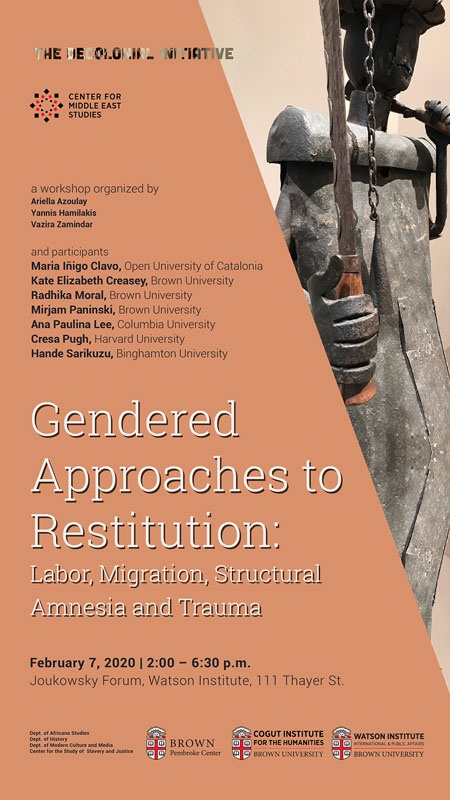 Registration recommended but not required.

The mass plunder of objects from different places was instrumental in shaping the institution of museum and imposing it as the ultimate destination for precious objects of art. This was inseparable from the attack on and degradation of different forms of art-making with which women were engaged as part of a broader care for the world and mode of participating and negotiating their place, status and roles in the different communities, nations, tribes, societies and confederations of which they were members. Plundered objects were and are often instrumental in rituals of bonding, sociality, and care, in which women play a crucial role. Art-making was never only about the production of objects, but rather part of world-making, caring and sustaining; and restitution should be conceived accordingly. Assuming that the harm caused by plunder exceeds the disappearance of objects from their communities, and often generated subsequent disasters in those places, this workshop considers restitution – including migrations out of ongoing disasters left by plunder and toward places where objects are held – as part of world repairing.