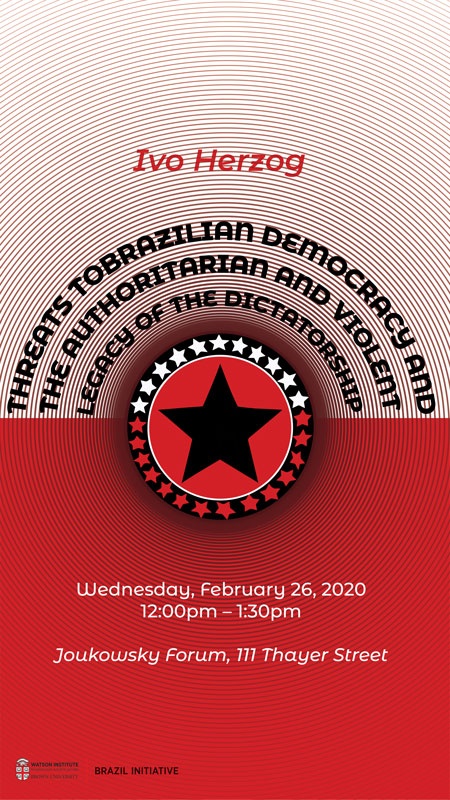 Brazilian democracy is going through its worst moment since the re-democratization that took place after the end of the military dictatorship in 1985. Attacks and harassment against the press, teachers, social movements and human rights defenders; destabilization and dismantling of state commissions, councils and bodies that enable the participation and influence of civil society in the construction and implementation of public policies; the growth of police violence, from apologism for torture and violence, the militarization of politics and life; in short, we live under a government that not only does not respect democratic institutions and life but is systematically attacking and destroying them. The Bolsonaro government interrupted and dismantled the commissions and mechanisms of states that worked to promote Memory, Truth and Reparations to the victims of the military dictatorship and who were also beginning to make progress in the struggle for justice and the reform of the violent and authoritarian institutions that we inherited from the dictatorship, such as the military police.

Ivo Herzog, President of the Council of the Vladimir Herzog Institute, would therefore like to present an overview of this whole context from the perspective of those who suffered the violence of the dictatorship, but also of those who built one of the main organizations, the Vladimir Herzog Institute, which is fighting today in the country to prevent the dictatorship from returning.