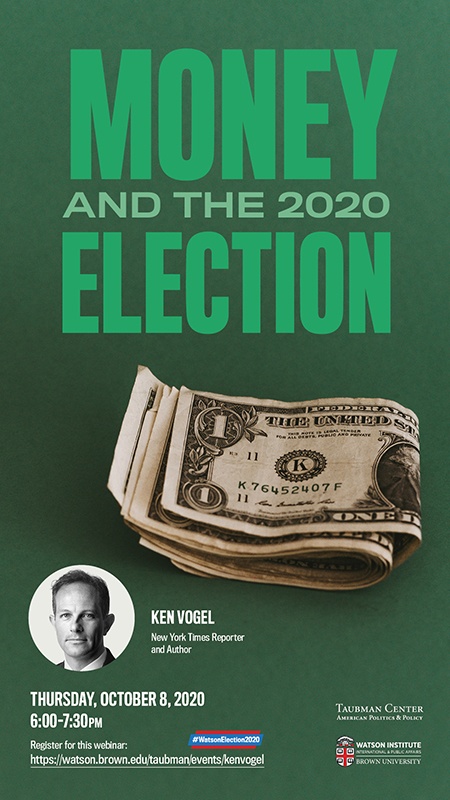 Mark Hanna - the turn-of-the-century industrialist-turned-politico who leveraged massive contributions from the robber barons to help elect President William McKinley - was famously quoted as saying: "There are two things that are important in politics. The first is money, and I can’t remember what the second one is."

While money has always played a role in American politics, the roles of money -- and types of money -- have changed dramatically in recent years, thanks to court decisions that paved the way for an explosion of big money spending by the super rich, and technological developments that allowed politicians to harness massive amounts of small donations from regular folks. Those developments have also allowed campaigns, advocacy groups and even foreign interests to micro-target voters, sometimes in misleading ways, to persuade them.

In the 2020 election, those trends have collided with a pandemic that has further changed the way money is being raised and spent, and that promises more unexpected twists in the run-up to Election Day -- and possibly afterward.

Ken Vogel -- whose 2014 book "Big Money: 2.5 Billion Dollars, One Suspicious Vehicle, and a Pimp -- on the Trail of the Ultra-Rich Hijacking American Politics" (PublicAffairs, June 2014) chronicled the rise of mega-donors and super PACs -- will discuss all these developments and more as Election Day approaches.

Based in The Times's Washington bureau, Ken Vogel covers the confluence of money, politics and influence.

He has covered politics and government at all levels, from small-town cop shops and school boards to statehouses, Congress and the presidential campaign trail. Mr. Vogel previously reported for Politico, The News Tribune in Tacoma, Wash., The Times Leader in Wilkes-Barre, Pa., The Center for Public Integrity in Washington, D.C. and The Journal Inquirer in Manchester, Conn. He spent most of 2006 learning about the U.S. Congress from the inside through an American Political Science Association fellowship that allowed him to work on the staffs of two House committees.

Mr. Vogel is from Cheltenham Township, Pa., graduated from the University of Wisconsin–Madison and lives in Washington.