Nitsan Chorev ─ Give and Take: Developmental Foreign Aid and the Pharmaceutical Industry in East Africa 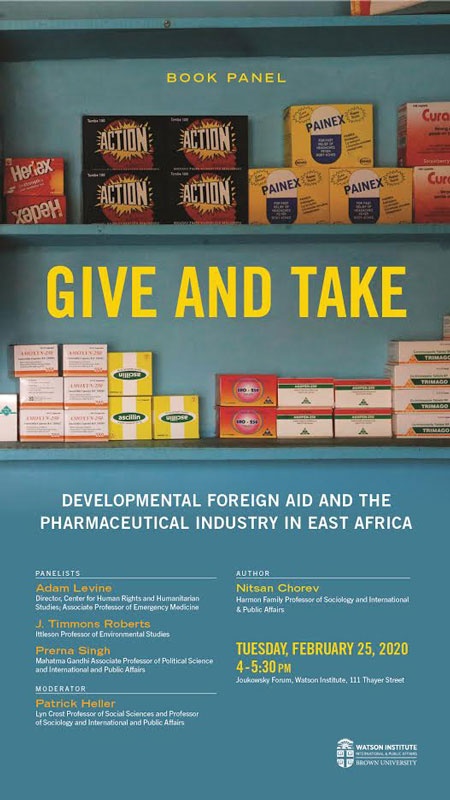 Give and Take looks at local drug manufacturing in Kenya, Tanzania, and Uganda, from the early 1980s to the present, to understand the impact of foreign aid on industrial development. While foreign aid has been attacked by critics as wasteful, counterproductive, or exploitative, Nitsan Chorev makes a clear case for the effectiveness of what she terms “developmental foreign aid.”

Against the backdrop of Africa’s pursuit of economic self-sufficiency, the battle against AIDS and malaria, and bitter negotiations over affordable drugs, Chorev offers an important corrective to popular views on foreign aid and development. She shows that when foreign aid has provided markets, monitoring, and mentoring, it has supported the emergence and upgrading of local production. In instances where donors were willing to procure local drugs, they created new markets that gave local entrepreneurs an incentive to produce new types of drugs. In turn, when donors enforced exacting standards as a condition to access those markets, they gave these producers an incentive to improve quality standards. And where technical know-how was not readily available and donors provided mentoring, local producers received the guidance necessary for improving production processes.

Without losing sight of domestic political-economic conditions, historical legacies, and foreign aid’s own internal contradictions, Give and Take presents groundbreaking insights into the conditions under which foreign aid can be effective.