Race, Gender and the 2020 Democratic Party 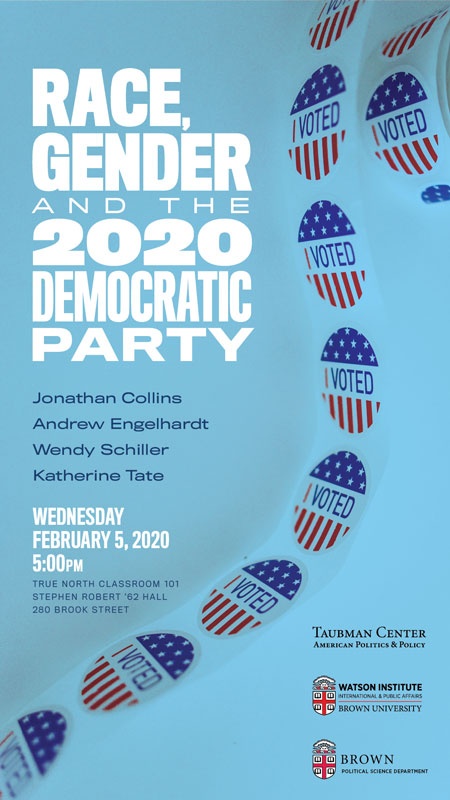 In 2018, the Democratic Party won control of the House of Representatives by fielding candidates from a wider array of backgrounds than ever before. As the voting begins in the Democratic Presidential Primaries, the set of leading presidential contenders does not reflect this increasing diversity.

Join the Political Science Department and the Taubman Center for American Politics and Policy for a discussion of the role of race and gender in 2020 Democratic Party politics on Wednesday, February 5th in True North Classroom, Stephen Robert ‘62 Hall at 5:00pm. Professor Jonathan Collins, Postdoctoral Research Associate Andrew Engelhardt, Professor Wendy J. Schiller, and Professor Katherine Tate will address how the process has unfolded until now, and consider how a lack of diversity at the top of the Democratic Party ticket could influence the outcome of the 2020 elections for president, Congress, and state government.