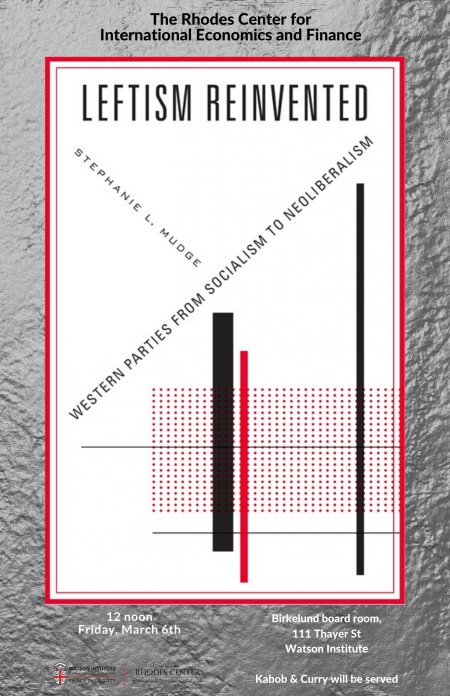 Left-leaning political parties play an important role as representatives of the poor and disempowered. They once did so by promising protections from the forces of capital and the market’s tendencies to produce inequality. But in the 1990s they gave up on protection, asking voters to adapt to a market-driven world. Meanwhile, new, extreme parties began to promise economic protections of their own—albeit in an angry, anti-immigrant tone.

To better understand today’s strange new political world, Stephanie L. Mudge’s, Leftism Reinvented analyzes the history of the Swedish and German Social Democrats, the British Labour Party, and the American Democratic Party. Breaking with an assumption that parties simply respond to forces beyond their control, Mudge argues that left parties’ changing promises expressed the worldviews of different kinds of experts. To understand how left parties speak, we have to understand the people who speak for them.

Leftism Reinvented shows how Keynesian economists came to speak for left parties by the early 1960s. These economists saw their task in terms of discretionary, politically-sensitive economic management. But in the 1980s a new kind of economist, who viewed the advancement of markets as left parties’ main task, came to the fore. Meanwhile, as voters’ loyalties to left parties waned, professional strategists were called upon to “spin” party messages. Ultimately, left parties undermined themselves, leaving a representative vacuum in their wake. Leftism Reinvented raises new questions about the roles and responsibilities of left parties—and their experts—in politics today.

Stephanie L. Mudge is Associate Professor of Sociology at the University of California, Davis. She is a historical, political, and economic sociologist specialized in the theoretically-driven analysis of Western politics, economies, and expertise. She is a member of the Executive Committee of the Social Science History Association, Secretary-Treasurer of the American Sociological Association's Political Sociology Section, and is on the editorial boards of the Socio-Economic Review and Social Science History.